DENVER - Feeling the holiday spirit? Many had it this Christmas Day in Downtown Denver as volunteers brought tables to Civic Center Park and laid out items to hand out free to the homeless.

Coats, hats, gloves, socks, blankets, sleeping bags, backpacks, unmentionables, toiletries and food were among the unexpected gifts given to about 650 grateful people who lined up smiling with glee whilst carrying blue bags filled with the much-needed loot.

I hope these Denver grassroots events will grow in popularity in the future. Volunteering is amazing, no matter what your faith. All was good. Merry Christmas. 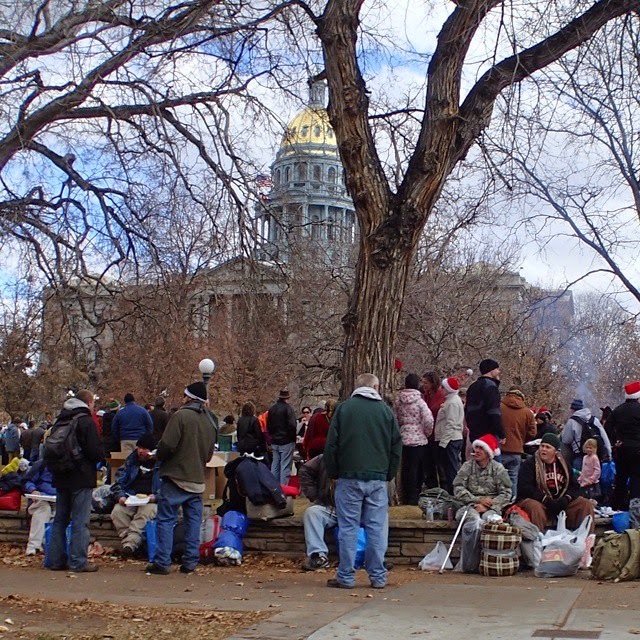 I grew up in Aurora, Colorado in the early 1980s. Near my house at Iliff Ave and Buckley Rd there was a "Movies on Call" video store.

LeMans, a coin-op arcade by Albertson's grocer, was where I classically became one with the Force and mastered the original Atari "Star Wars" wireframe arcade game as well as the game "Tron." Peter Piper Pizza. Their zucchini sticks were the best I ever had.

Aurora ... Buckingham Square Mall... The memories. Those memories float up to me.

The hydrotubes. Yes! Many fond youth memories do I have at Buckingham Square Mall, one of them being the 2 green tube waterslides placed upon the roof of the old Safeway store. They were the HydroTubes!

I spent countless hours climbing up the yellow metal stairs listening to “Drive” by The Cars before sliding in a loop-de-loop whilst banging my head on the sides of the tubes and plummeting semi-conscious into the filthy brown-green pool below. It is a fond childhood concussive adventure in which I really traveled in tubes. The waterslide stayed open for less than a year. 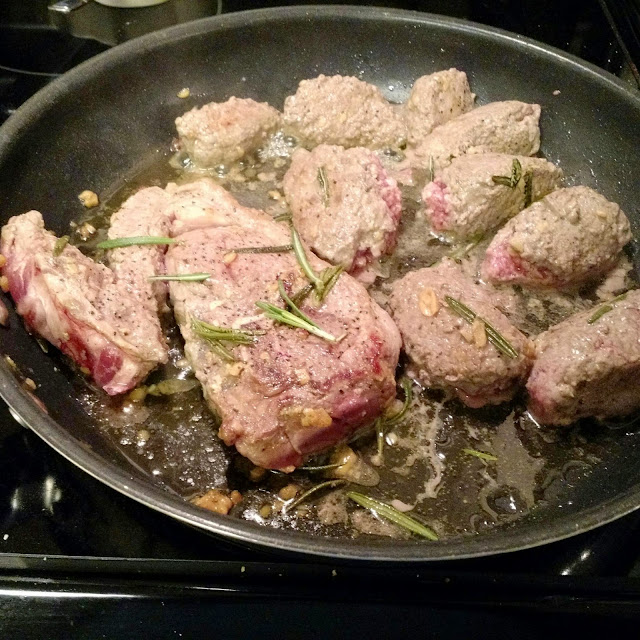 Email ThisBlogThis!Share to TwitterShare to FacebookShare to Pinterest
Labels: lamb

I have been listening to a lot of blues music lately. 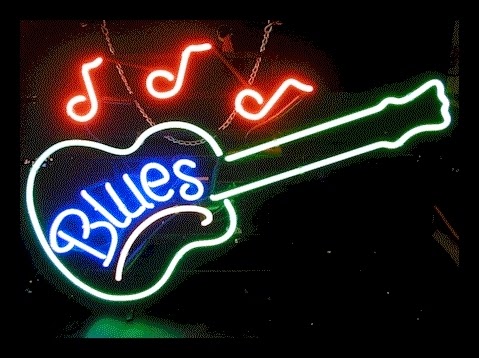 Handsome hobo living in the past

Are there hobos anymore?

Sometimes I crave the romantic wayward hobo life and would cheerfully be one who, in order to find work, clumsily flip on freight trains to travel the nation whilst shabbily dressed in my best glad rags. That’s right I know the hobo lingo. I will use hobo jargon judiciously in this piece as I am filled with a hodgepodge of hobo history. I shall let my hobo spirit soar.

My hobo name is Sir Railcar McRussdum. Don’t confuse me as a tramp. I am a hobo.

I scoff at using shopping carts to carry my belongings as they are impractical when leaping aboard moving trains. My bindle is proudly slung over my shoulder, made from the finest gaudy patchwork blanket and tied around the end of a lavish mahogany stick etched with symbols of my creation and unknown origin. In it I carry the essentials:  MP3 player, extra changes of underclothes, peppermint patchouli soaps, biscuits, a smallish cask of bathtub gin and a picture of my family. My beard grows wild. My road stake is 75 US dollars, for emergencies. I hide that cash in a special place.

In Britain I would be called a “rough sleeper.” I prefer “hobo” thank you.

I am the best mulligan mixer ever because I have the finest recipe for Mulligan Stew consisting of beef broth, potatoes, carrots, celery, onions, mystery meat, spices and herbs.  Hobos abound chuck a dummy at my stew. I only share my stew with acronym B.O.T.H., the “Brotherhood of the Hobo,” and none other. So don’t even ask for a bit of my stew unless you know the secret hobo handshake and can interpret the cryptic wall signals scrawled in crayon or charcoal.

I spread misinformation of the hobo code, for security purposes, so that nobody can horde my safe zones around the country. I’m a sinister hobo, an infamous hobo and a hobo who doesn’t play by those wacky hobo rules. I create my own hobo code! Many long to know my enigmatic hobo code.

Sir Railcar McRussdum, me, will be the most famous hobo of all time. It could happen. I would be the keynote speaker of “Hobo Days” at the National Hobo Convention in Britt, Iowa. Perhaps I could star in a hobo reality show like “Dancing with the Hobos,” “Survivor: HoboTown,” “CSI: Special Hobo Unit,” or science fiction classics the likes of “The Bionic Hobo,” “Flash Hobo” or “This Island Hobo.” 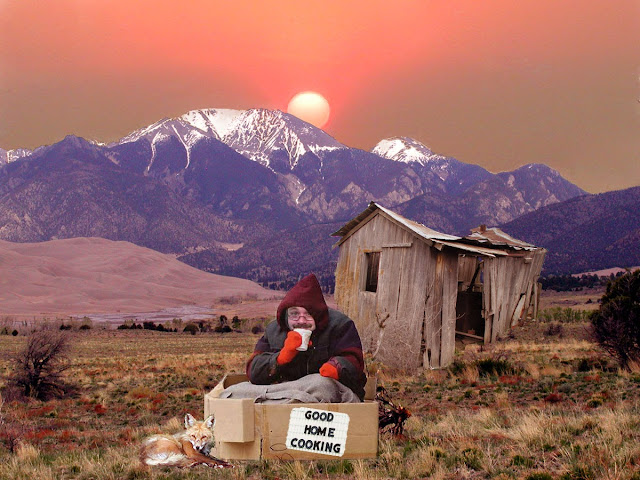 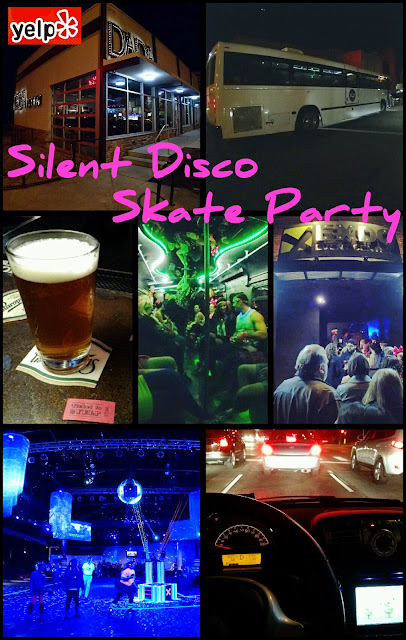 Traveling the Silk Road at Denver Museum until May 3

DENVER -- Traveling the Silk Road, the new exhibition about the ancient pathway to the modern world, opened at the Denver Museum of Nature and Science on Friday, November 21, 2014.

"When you come up into the exhibition you will be transported back in time to the 8th century," said Museum educator Jennifer Moss Logan, "And you will have an opportunity to journey along the main ancient trade routes of the Silk Road from China through the Middle East into the Roman Empire."

The exhibit follows the Silk Road's golden age, from AD 600 to 1200, when it connected humanity with everything from material goods to scientific knowledge and channeled technological advances, folklore, art and religious beliefs across 5,700 miles east to west through five cities that were flourishing at the the time.

Exhibition curator and chair of the DMNS Archaeology Department Stephen Nash said, "The multimedia Traveling the Silk Road exhibition allows Denver Museum of Nature and Science guests to enjoy the splendor, glory and intrigue of The Silk Road in comfort, style and safety." 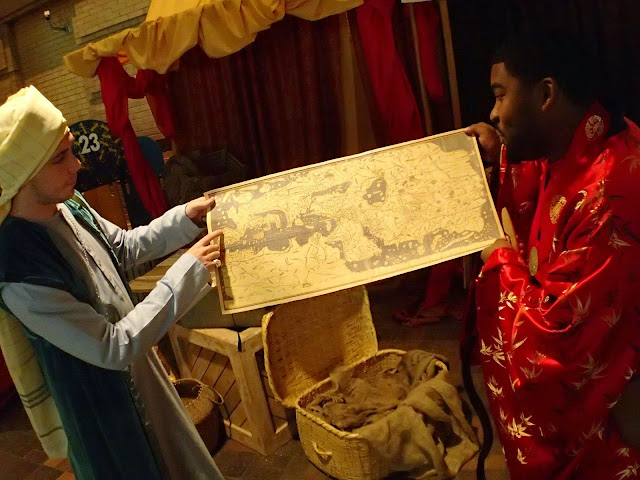 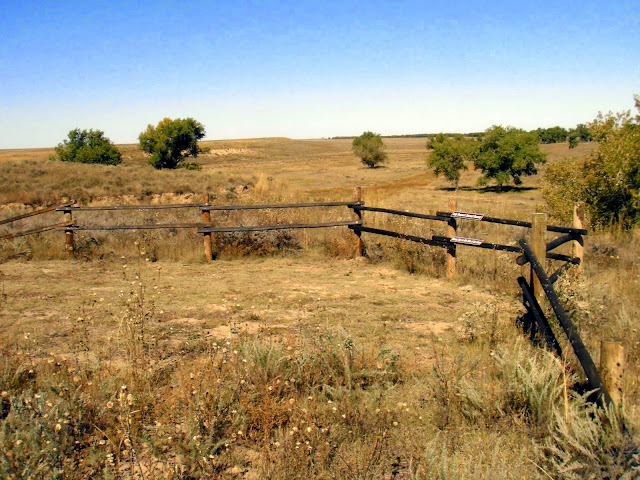 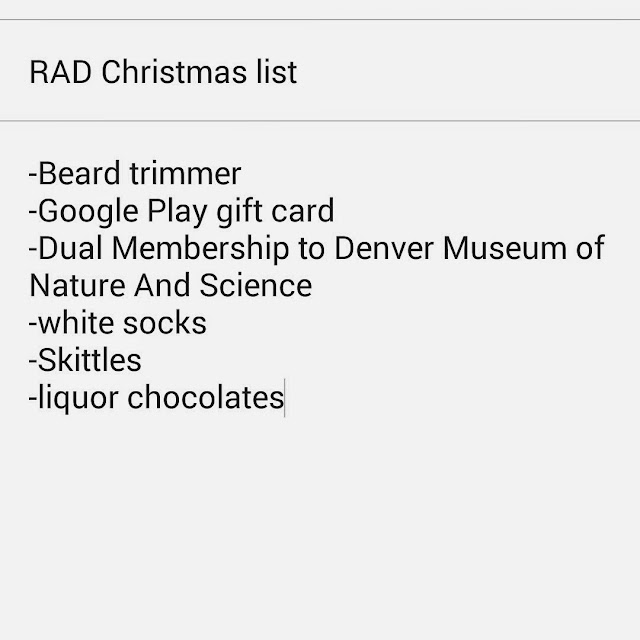 Transgender Day of Remembrance is today. A day to memorialize those who have been killed as a result of transphobia http://tdor.info/about-2/ 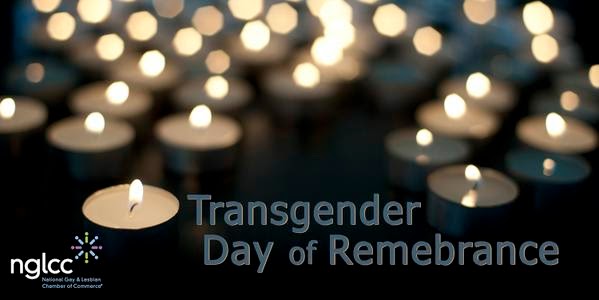 Happy Birthday to me

Happy birthday to my twin sister and I. November 18! Same birthday as Mickey Mouse.

Steamboat Willie is a 1928 American animated short film directed by Walt Disney and Ub Iwerks. The cartoon is considered the debut of Mickey Mouse and his girlfriend Minnie. It was released November 18, 1928 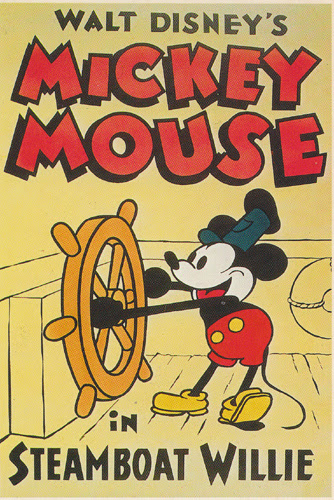 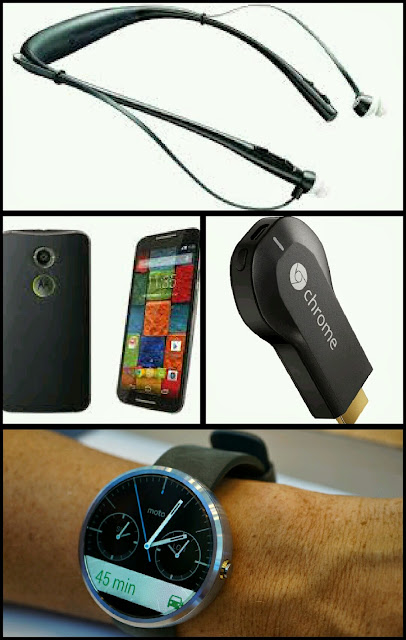 I put up the Christmas tree. "Fiery" Figrin D'an has had a place in my tree for years. 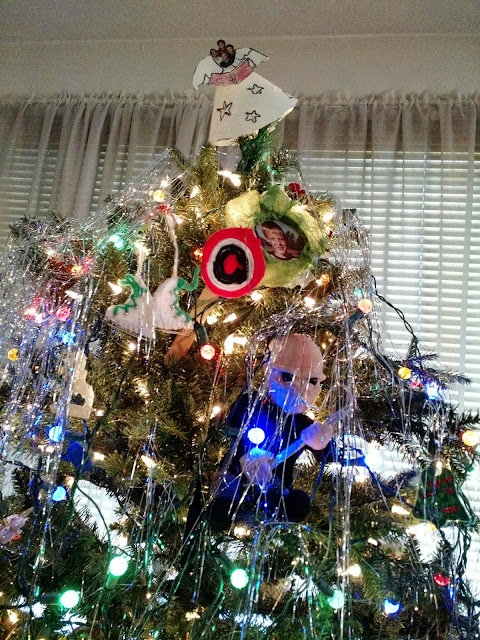 The #Rosetta #CometLanding makes the cosmochemist in me giggle like a journalist in a chaotic scrum. #esa #rosetta #Philae 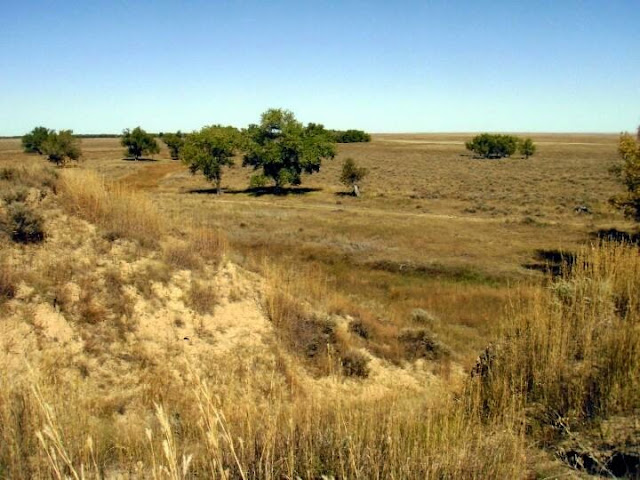 Fozzie was a role model to me in my youth. 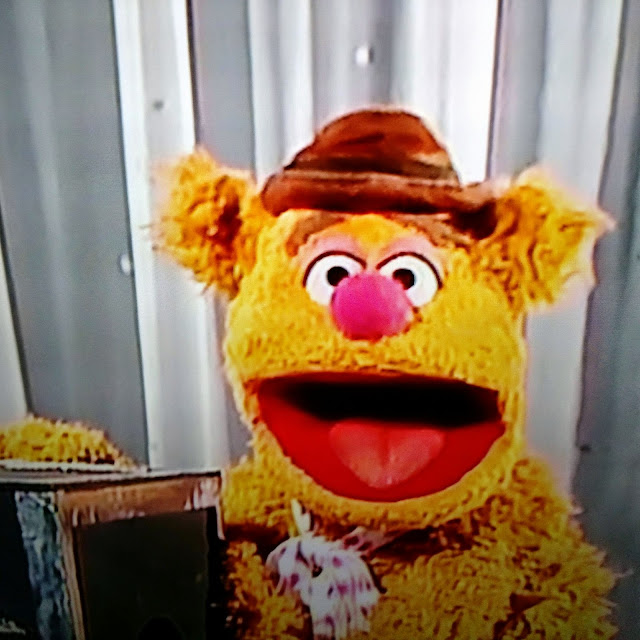 The movies we all know and love, movies that have been tinkered and tinkered with, will be re-re-released nationwide in theatres in new tinkered glory a month before Episode VII is released.  I saw an advanced screening of these three movies at a private coffeehouse event in Kansas City.

Less than 20 people were in attendance.  I was sworn to secrecy and signed several different non-disclosure agreements … but it was so shocking that I had to spill the beans.  So be it if I am named in a lawsuit from Disney.

I will detail some of the most obvious and egregious additions that I noticed.  I am sure there were more.  It will take additional viewings to catch them all.

1.) The grave of Anakin Skywalker’s mother Shmi can be seen in wide shots of the Lars homestead moisture farm on Tatooine.

2.) “He was the best star-pilot in the galaxy and a cunning warrior,” says Obi-Wan Kenobi to Luke Skywalker.  Luke replies, “He was also a great podracer.”

3.) During the iconic R2-D2/Princess Leia Organa hologram “Help me Obi-Wan Kenobi.  You’re my only hope” speech, when Leia mentions General Kenobi serving her father in the Clone Wars, a hologram photo of a smiling Jimmy Smits’ Bail Organa, cape and all, from the prequel trilogy, appears to her left.

5.) When the planet Alderaan is destroyed by the Death Star we’ve always seen Obi-Wan feel a disturbance in the force.  In this version, immediately afterwards there is a cut to Master Yoda on Dagobah that shows, he too, feels the disturbance.

6.) Just before the fight between Darth Vader and Obi-Wan begins, Vader says, “We meet again at last.  The circle is now complete.  When I left you I was but the learner.  Now I am the master.  No high ground for you this time.  You’ve always underestimated my power.  Die!”

1.) While searching for Luke after he does not arrive at the Hoth base, R2-D2 makes a veiled references to C-3PO’s memory being erased in the past to which 3PO replies, “I wish the Maker were here to discipline you twerp!”

2.) When Han Solo says, “Laugh it up fuzz ball” to Chewbacca on the ice planet Hoth, there is additional dialogue from Solo: “Don’t make me send you back to densely forested Kashyyyk , your home world, my furry, tall friend!”

3.) It was a nice touch that, during the scene where Lord Vader is in his chamber talking to the holographic Emperor, there is a holo-photograph on the console of Anakin Skywalker standing next to Ahsoka Tano, Anakin’s young padawan learner from The Clone Wars animated series.

4.) “Judge me by my size do you?” Master Yoda says to Luke as they are training on Dagobah, “I’ve beheaded many an enemy twice as me large!  In the Clone Wars, yes!   Emperor Palpatine I fought.  With lightsaber!  Yes!”

5.) After the rebels are turned over to Darth Vader on Bespin’s Cloud City, Vader makes a comment to Lando Calrissian, upon looking at the broken pieces of C-3PO, that he was the one who had built him.

1.) At Jabba's palace there are a plethora of additions.  There is a picture of Jabba’s son Rotta, as a baby, on the wall.  An elderly Watto holds a conversation with a sleeping Gamorrean guard.

2.) A small scene was added after Leia is taken into custody at Jabba’s palace where Boba Fett cries at his father’s Mandalorian armor helmet, which is glorified on an alter of sorts.

3.) At the Great Pit of Carkoon, R2-D2, instead of launching the light saber towards Luke, instead rockets over the sarlacc pit to the skiff and joins the battle.

4.) After Master Yoda dies, as Luke is speaking with Obi-Wan about Darth Vader being Luke’s father, much new dialogue is awkwardly added/changed through extensive use of computer technology: “He ceased to be Anakin Skywalker and became Darth Vader.  When that happened, the good man who was your father was destroyed. He killed Younglings Luke - cut them down like Mynok chewing on power cables.  I thought I defeated him on the volcanic planet Mustafar after our deadly duel.  You mother died of a broken heart.  So sad, Padmé, so sad.  So what I told you was true... from a certain point of view.”

That is all I can remember.  I wish there were more.

Not an Apple man. #droiddoes 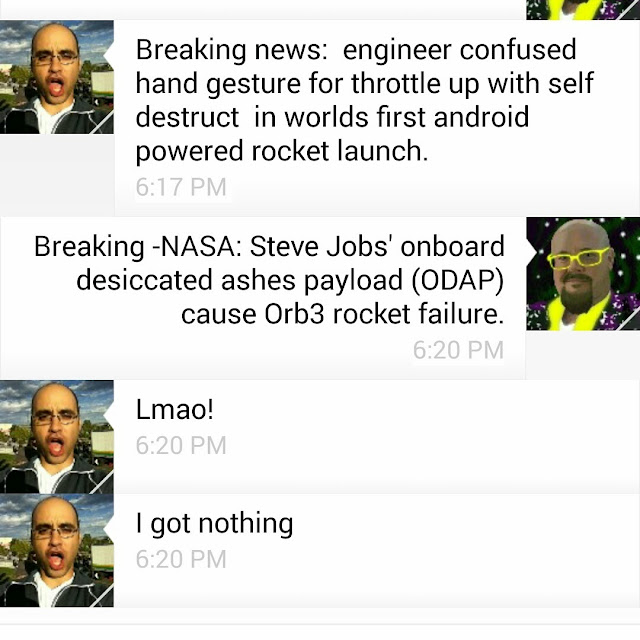 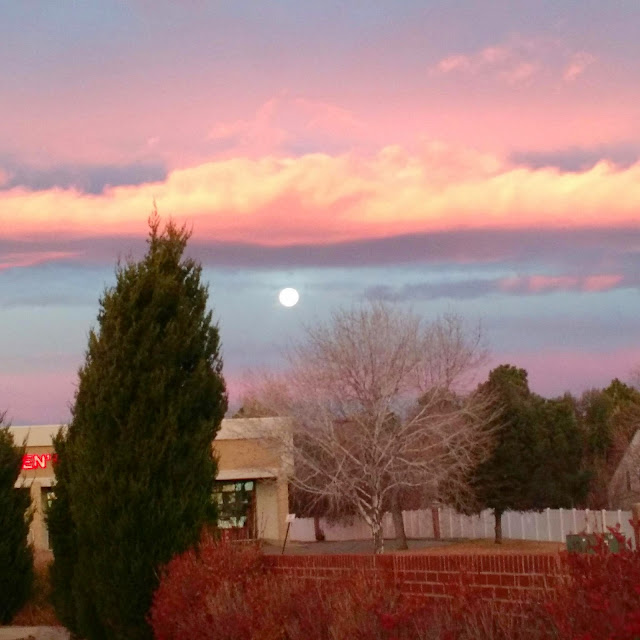 Email ThisBlogThis!Share to TwitterShare to FacebookShare to Pinterest
Labels: damngoodcoffee

I am a #Android lover. #Motorola